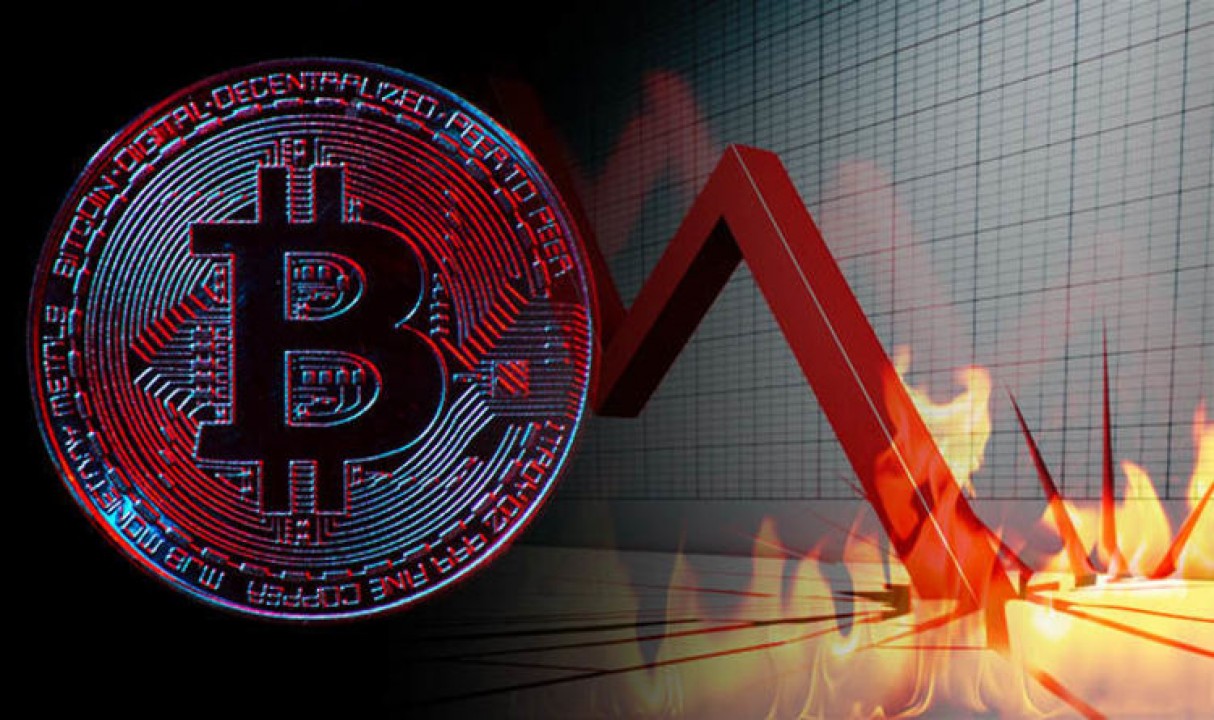 In this article:
•   Fundamental factors of Crypto currency prices.
•   MtGox Trustee lawyer Nobuaki Kobayashi submits report to Tokyo court of liquidating more than 16 000 BTC on market.
•   Bitcoin inflation rate at maximum levels, due to Segwit implementation. Bitcoin is yet again cheap and fast to transact.
Digital currencies or “cryptos” as we call them, are “in the red” since the beginning of 2018. Some investors sit in fiat scared that “doom is coming”, while others are wiring money to exchanges to buy more crypto at a bargain. What is going on, why is Bitcoin crashing? Is crypto slowly bleeding entering in to a period of distribution or is it just the start the accumulation phase we've all been waiting for?
First, lets talk about the boring fundamental factors just to remind us what moves the price every day:

TA or Technical Analysis is used by all traders and investors, it helps them predict where the price will go on different time frames. Even though Bitcoin doesn't always follow TA rules, TA helps us find good entry points or exit points and calculate optimal targets and that's pretty much all.
Liquidity is simply the amount of available limit orders on a given exchange. It is variable and different on every exchange. It is often spoofed by “whales” - people with a lot of money in coins or trading bots and therefore we can only use that information for short-term daily trading, for better entry/exit price precision or avoiding order execution slippage.

The influence of news causes the biggest and sharpest price movements of all factors. News hit the air very fast and create cascades of “fomo buys” or “panic sells” and the following cascades of liquidations move the price even further in the same direction. There is no denying news could either make or brake your daily trading and unlike legacy markets, such as Forex, in Crypto the market never sleeps.

Supply and Demand is a classical principle that doesn't need any explanation, but we all know it has great effect on the price movement of a deflationary digital asset such as Bitcoin.

Geo-Politics is one thing we cannot predict or control, but it also has a huge influence on the price of cryptos.

Now that we are done with the honorable mentions of BTC's daily price movers, lets delve into some more interesting news and information on a longer time frame.

After this information went public, active people from the BTC community researched the bitcoin blockchain and marked the times of the coins being withdrawn from the cold storage addresses on the BTC/USD chart. We can see the correlation between those and the price dropping in the picture below:

The BTC price crashing correlates very precisely with the withdrawals of the coins. The report submitted to the Tokyo District Court is informing the court that enough BTC has been sold to cover creditors debts. Now we know what drove the markets down – it's our old friend MtGox, believe it or not!

MtGox is historically known by being the first exchange that got hacked and more than 800 000 BTC were reported stolen, which forced the exchange to file for bankruptcy back in 2014. It was a major crypto disaster that took us close to 2 years to recover from. Now, four years later, MtGox Bitcoins have “awaken” and are here to “stress test” the market.

The market absorbed those sells very well, but people are wondering if more MtGox coin dumps will follow, because only around 36 000 BTC were sold and around 166 000 BTC is left in MtGox's cold storage wallet addresses. The destiny of those remaining 166 000 BTC is to be decided by the Tokyo District Court in near future. The Tokyo court will have to rule on if those coins will be used to cover the claims of all the MtGox users, who are still waiting for their money for years.
Good news is that according to sources from twitter in Tokyo, that next court hearing will be scheduled in September, so until then we are not expecting any more massive dumps from Mr. Kobayashi.
For the list of all MtGox cold storage addresses and to check coin movements you can go to:

While we are waiting for Tokyo's decision, we hope next time those coins won't get dumped on the market, but rather be sold at a public auction or over the counter. At least now there's no creditor pressure to sell. Waiting proved to be a smart move on MtGox's side, lucky for them they were holding a non-inflationary asset with big growth potential – Bitcoin.

In the last part of our crypto market research we are going to analyze Bitcoin's macro-blockchain statistics after Segwit implementation, and namely: Transfer fees, Mempool, Pending Transactions, Satoshi-Byte price and most importantly – Transfer Fee percentage of Block Reward.

We can clearly see Segwit has done it's job and has significantly reduced the mempool size and therefore transfer fees, unconfirmed transactions and satoshi-byte price have also decreased a lot. This means we can yet again use Bitcoin for fast micro transactions at an affordable price.
Source: https://jochen-hoenicke.de/queue/#0,3m

Market cap is a result of price and supply and if we have a sudden increase in the rate of the total supply increase then price should be affected too.
On the charts above we can see segwit's major impact on blockchain-specific empiric data regarding transfer fees. The block reward of BTC is currently 12.5 Bitcoins, but transfer fee amount gets deducted from the block reward so “Transfer Fees + Freshly Mint BTC = 12.5 BTC per block”.

According to the chart, in January transfer fees were around 40% of the block reward, meaning that in every block reward of 12.5 BTC there were approximately 5 BTC from tx fees inside.
Before Segwit was implemented, every block reward consisted of 7.5 newly minted BTC and 5 BTC gathered from transaction fees on average.
Currently only 2% of the block rewards are gathered from transfer fees, which is around 0.25 BTC per block. Since January 2018 we've been tapping into that “fresh bitcoin supply”, or in other words, the rate at which the total supply coins is increasing has increased almost to the maximum.

We can also call it a “per block inflation rate increase”. The good news is that it cannot get any worse than that, this is 2% away from the maximum inflation possible.
Source: https://btc.com/stats/fee

20 November, 2018
Be aware of domain confusion, we have nothing to do with Northmine.NET !
Read more...